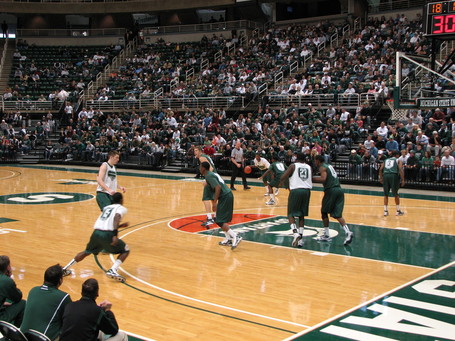 Yay, basketball!  A sport that doesn't make us think about sharp objects!

The lineup format for the scrimmage was first team (Green) vs. second team (White).  The starting lineup for the Green team--and, therefore, the presumed opening game lineup at this point--was Lucas/Allen/Morgan/Roe/Herzog.  In the second half, though, Summers took Allen's spot and Green took Roe's, indicating that Izzo is basically thinking of seven players as starter quality.

These things always end up being offensive showcases (although the defensive intensity was a notch up from the Midnight Madness scrimmage a week ago).  Hence 149 points scored in a 40-minute game involving quite a few players who don't normally score much outside of layup lines.  It doesn't look like MSU is going to post a full box score, which is fine since the stats won't tell us much anyway.  Chris Allen (22), Kalin Lucas (19), and Isaiah Dahlman (18) were your leading scorers; more on them below.

One stat we do have that's encouraging is the 44.8% combined 3-point shooting percentage put up between the two teams.  With Allen, Lucious, and Summers sucking up Travis Walton's minutes this year, the team will likely take substantially more shots from beyond the arc.  Knocking down 3-point looks consistently will, therefore, be a bigger key to success this season.

Defensively, there wasn't much to write home about.  At halftime, Tom Izzo took questions from the crowd.  One of the questions was something like, "Who's your best defensive player right now?"  To which Izzo replied, "We don't have one yet."  Truth be told, I think the answer is going to be Delvon Roe.  Now that he's close to 100% healthwise, he showed a knack for jumping into passing lanes and making steals.  Combine that with his defensive rebounding prowess and the surprisingly good blocked-shot rate he put up last season, and he could well contend for a spot on the Big Ten All-Defensive Team.

Also of note: The team did play some 2-3 zone in the second half, so maybe Izzo is serious is about using it more this year in order to mask the inexperience among the post defenders.

Overall, the positive takeaway is that Herzog and the two freshmen showed quite a bit of poise and the ability to make varying contributions.  My guess is that their respective shares of the playing time down low will fluctuate over the course of the season, depending on match-ups, as none of them look to have the complete package at this point.  Herzog against teams with real low-post scoring threats.  Sherman against smaller opponents.  Nix in short stretches of 2-3 minutes to wear opposing big men down.  None of the three when Izzo decides to unleash what will quite possibly be the fastest, most-athletic 1-through-5 lineup in the country with Green/Roe at the 4/5 spots.

Finally, a few amateur photos with super witty captions for your enjoyment: 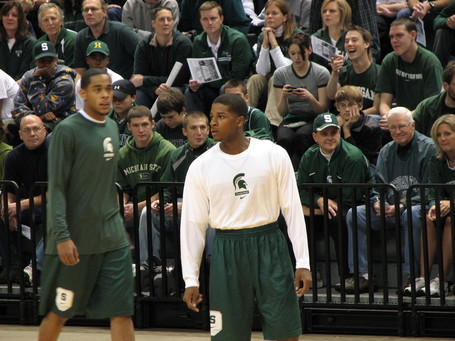 Korie Lucious trying to bring back the Steve Urkel look. 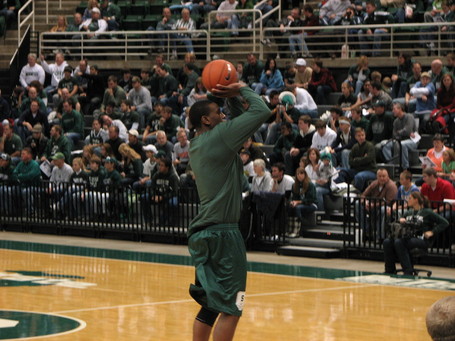 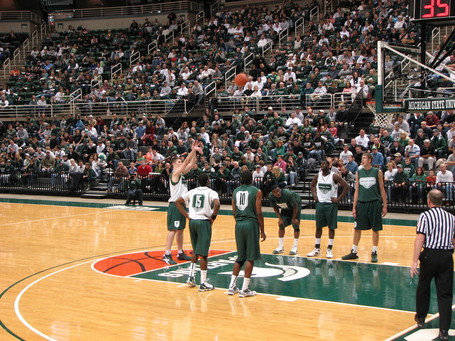 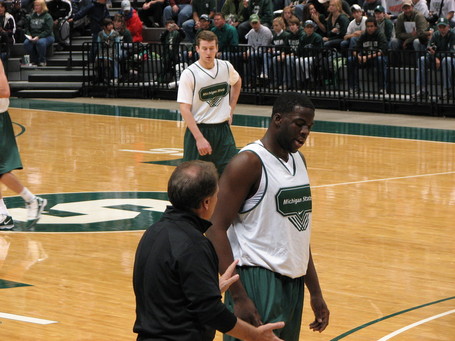 "It's just a scrimmage.  Don't hurt anyone." 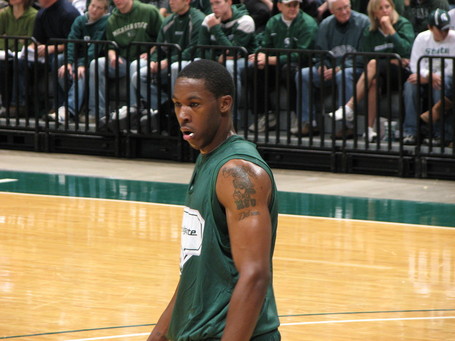 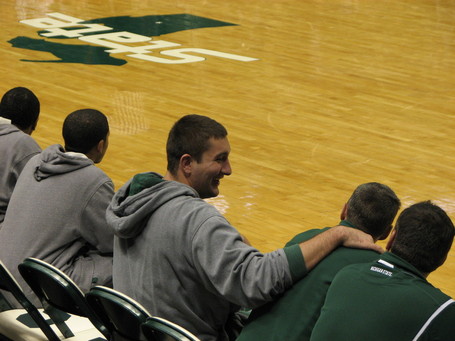 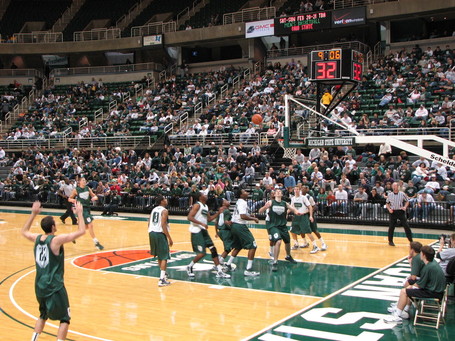 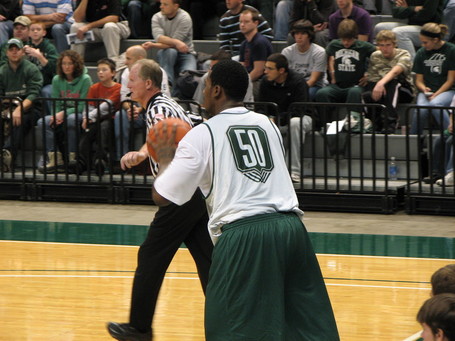 50 pounds later, still plenty of weight to throw around. 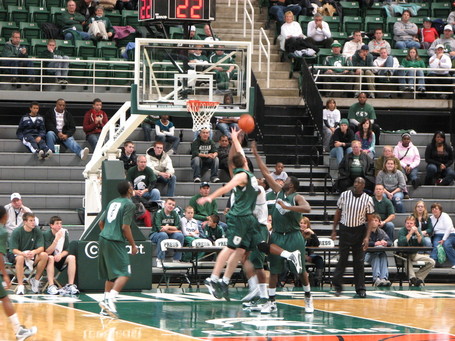 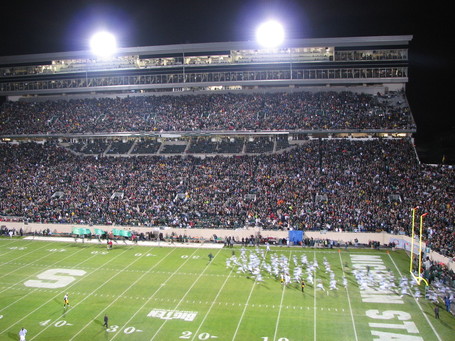