Adreian Payne is a Spartan

Share All sharing options for: Adreian Payne is a Spartan 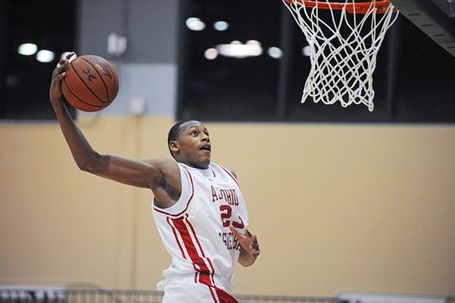 The Dayton Daily News has the fantastic story:

Adreian Payne will play his college basketball at Michigan State.

The 6-foot-10 Jefferson High School center made a verbal commitment to play for the Spartans today, Oct. 29. His announcement will be aired nationally on ESPNU today at 5:30 p.m. [ . . . ]

Payne is the fourth-ranked center and 20th-ranked player overall in the Class of 2010, according to Rivals.com. The final four schools he considered were Arizona, Kentucky, Michigan State and West Virginia. He recently had cut Kansas from that list.

5 star recruit at a position of need?  Sign me up!  (Downside: getting used to spelling his first name properly.)  Big time pick up for MSU; KJ will have more tonight.