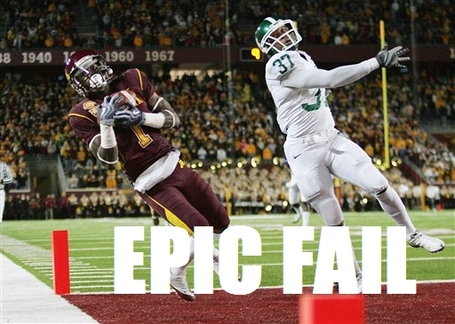 While last week caused heartbreak, this week simply begets anger.  It's nearly impossible to discuss this game at the moment without channeling my inner Mike Valenti, so I'll leave it at this: when we give up 42 points to an offense that was previously worst in the conference and 112th in the country, and was missing its best player, and which overcame about a billion penalties to score those points, we have no business winning.
This rivals the 2007 Northwestern game as the worst loss under Mark Dantonio, and a bowl game is now very much in jeopardy.  There will be no crowing to your Michigan friends and co-workers this week.  We sucked just as badly.
Discuss, if you must, in the comments.