You've Gotta Be Kidding Me

Share All sharing options for: You've Gotta Be Kidding Me

The quarterback question came up again -- will Keith Nichol continue to be weaved in? -- and Dantonio said what he's said all year: Cousins is the starter, it's important to give Nichol opportunity.  "That's what the word team means to me," he said, "that everybody has an opportunity to grow."

Spartans coach Mark Dantonio said Sunday he wants to stay consistent with his season-long plan to give both sophomores a fair chance to develop. 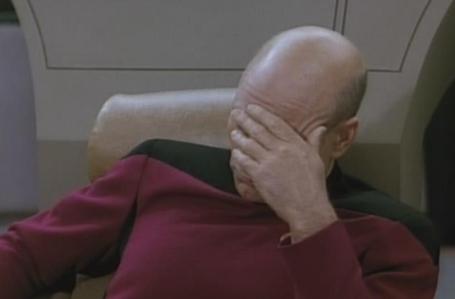 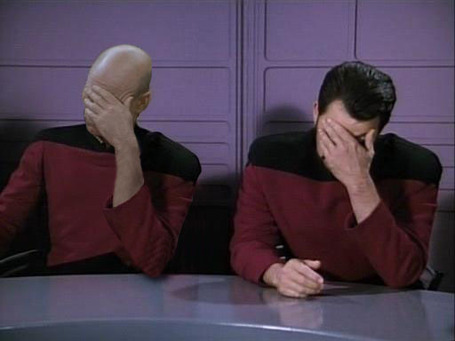 This season's annoying quarterback sideshow may -- and I will argue strongly that this isn't hyperbole -- actually end up destroying our season.  A reasonable case can be made that the rotation has already cost us wins, and that's excruciating enough when so many of us earlier this year saw the potential for this ending badly.  But, our coaches, after (presumably) evaluating this season's body of work from both quarterbacks, have decided that Nichol's performance vis-a-vis Cousins' warrants maintaining the status quo in this season's two make-or-break games.

At this point, I have absolutely no idea how this decision can be justified.

At the end of this season, the Big Ten should name Kirk Cousins to the all-conference first team.  His pass efficiency rating, 149.33, is the best in the conference by a substantial amount; his completion percentage, 63.71, is second-best, topped only by a quarterback (Mike Kafka) whose offense only requires mastery of the seven-yard out; his yards-per-attempt average (8.46) is the best in the conference by more than half a yard; his TD/INT ratio (14 TDs, 5 INTs) outpaces anyone else in the conference (Darryl Clark is second best, with 18 TDs and 8 INTs); and he's done all of this with basically no run game to support him.

In short, Cousins has been spectacular.  He's outpaced every reasonable preseason expectation, and has established himself as not only a team leader, but as one of the Big Ten's most valuable players.  It's especially ridiculous that we're having this discussion this week, as Cousins had his best-ever game on Saturday.  Yeah, it was only Western Michigan, but still: 22-25, 353 yards, 2 TDs, no interceptions.  That's more-or-less a perfect game.

And yet, one day later, our coach is talking about giving the backup (and yes, the only time Nichol's started this season was when Cousins was injured; he's the backup) playing time in a game that's absolutely crucial to our bowl hopes, and to Dantonio's own stated desire to get an extra month of practice time.  And yet, he's willing to forego using our team's best player in the name of giving Nichol an "opportunity to grow"?

What? How in the world is it that the coaching staff would value the development of one player, by playing him for one or two series, over the development of the entire team by getting an extra week month of practice?  Purdue is a good team that certainly has the ability to put up lots of points on our rightly-maligned defense.  We're probably going to need to score a ton in order to keep up; now is not the time to go throwing series away in the the name of "developing" our backup quarterback.

And all too often this season, that's what Nichol's series have been: throwaways.  Two examples:

Truthfully, I don't love using those examples, because I don't think it's particularly fair to Nichol.  He's 3rd in the conference in passing efficiency, and he'd be starting for most teams in the conference.  When he enters the game, he often does so under less than ideal circumstances, to say nothing of the baseline difficulties faced by the #2 quarterback in a platoon.  But, for as good as Nichol has been on occasion, Cousins has been better, and more consistently so.

Quarterback rotations hardly ever work in college football.  When one quarterback is significantly better than the other, as is the case here, why wouldn't you stick with him?  I suspect that it's the same kind of stubbornness which causes one to keep running a plain-vanilla 4-3 on 90% of defensive snaps even when doing so is clearly to the team's detriment.

Regarding Dantonio's stated rationale, that Nichol "needs a fair chance to develop": it simply doesn't make sense.  It would be a plausible reason, for instance, if Cousins was a senior and Nichol was a freshman heir apparent.  (And as MooTheKow pointed out, we had that exact scenario at MSU last season, and Dantonio didn't exactly bend over backwards to give Cousins game experience.)  But that's not the case here: Cousins and Nichol are both sophomores.  Both will be at State for two more years following this one.  Nichol will have his chance to pass Cousins in the depth chart during the offseason.  Currently, he's clearly the second-best option.

For now, we have two difficult games left, and both are critical to whether this season will be remembered as a slightly-disappointing-but-hey-no-need-for-torches-or-pitchforks kind of year, or, as an utter failure.  Playing Nichol at this point, barring injury to Cousins or perhaps in a goal line situation (yeah, right), would essentially mean that we don't have our best team on the field--and with the season on the line, that would be completely inexplicable and nearly unforgiveable.