Former MSU star and current Laker Shannon Brown has been earning plaudits all season--and especially during the playoffs--for his excellent, clutch play.  However, his ridiculous posterizing of the much-taller Chris Andersen last night will probably bring him even more recognition: 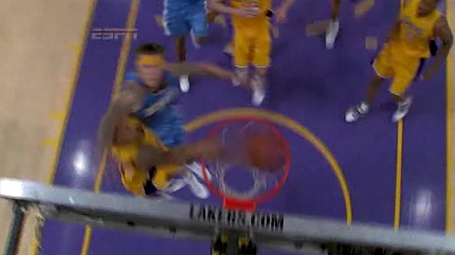 Of course, it should have been no surprise to State fans, as we've seen him do this before: 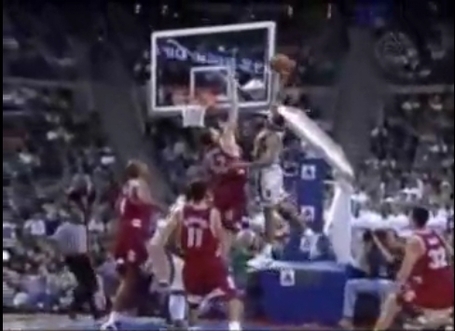 That's Shannon dunking over Stanford's immortally-named Matt Haryasz at the Palace in 2004.  (Full video is here, at approximately :57 in.  Let's hope we never see those hideous silver uniforms ever, ever, EVER again.)

While I'd imagine that most Spartans are rooting for the Nuggets in this series (B-b-b-b-illups!), it's definitely gratifying to see our guys have success at the next level.