Share All sharing options for: Odds and Ends, Shame Edition 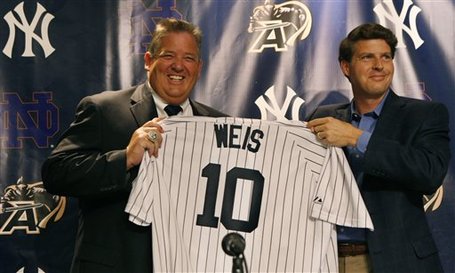 First, I should say that I co-sign everything KJ has written in the past few days regarding the game and the team.  He and I watched the game together, and essentially were of the same mind throughout the eventual debacle ("this seems ominous"), and after ("get me the hell out of here!").  I'll also take some of the blame for the eventual loss: first, this monstrosity, obviously; second, immediately after CMU's two-point conversion attempt failed, I texted the Missus something to the effect of, "whew, we survived."  Well, that was stupid.  If "LVS" turns into "Jinxy McJinxalot" sometime in the next few days, you'll know why.

Three things, briefly.  First, Kirk Cousins should start against Notre Dame, and, barring complete offensive failure or injury, play for the whole game.  Not only has he proven himself to be the superior option under center, I think that the quarterback rotation really broke up the flow of our offense: Nichol's first drive and Cousins' first drive after replacing Nichol each ended 3-and-out.  Obviously, that doesn't necessarily mean that the rotation was the cause of those possession failures, but from a strictly intangible perspective, the offense looked extremely tight and out-of-sync each time.  In retrospect, we couldn't afford those adjustment periods against Central, and we certainly can't against Notre Dame.  Furthermore, Cousins simply looks like the better quarterback at this point, and he certainly seems to be the team's offensive leader.  Bag the rotation; playtime's over.

Second: our kickoffs are killing us.  I wrote a post earlier this summer about positional rankings and departed position starters; you never saw it because the SBN software swallowed it up for some reason.  But, in it, I assure you that I expressed substantial concern about Todd Boleski's departure, and how we were going to replace him on kickoffs.  Well the answer's in: not very well.  Field position killed us against CMU:

(The onsides kick is excised.)  On kickoffs, CMU's average start position was the 34 yard line; there were no touchbacks.  While two of the better start positions (the kickoff at 4:11 of the 2nd quarter, and the 2nd half kickoff) ended without CMU scoring any points, it did hurt us field-position wise; upon receiving CMU's punts, we didn't score either.  This has to improve.  If it takes Greg Jones's help, so be it.

Third, Brian at MGoBlog beat me to the punch by posting, in response to KJ, a brief analysis regarding how the CMU game may portend bad things for MSU when playing Michigan:

Compounding things for State in their matchup against Michigan: Central Michigan is headed by the Rich Rodriguez coaching tree, also known as Butch Jones, and quarterbacked by Dan LeFevour, a mobile, accurate quarterback that's a more veteran but less hyped version of Tate Forcier. LeFevour was 33 of 46 for 328 yards, three touchdowns, and an interception. The State game now looks very winnable.

Yeesh.  I spent the entire drive back to Chicago thinking the same exact thing.  Michigan essentially runs the same offense as CMU, except with better athletes, and (assuming Brandon Minor's healthy) a competent running game.  Not good.

Finally, on the subject of MGoBlog, Brian had a little fun at our expense this morning.  (Scroll down to "elsewhere.")

"State is long-plagued by similar upsets -- Louisiana Tech, Rutgers before that was respectable, Central Michigan, Central Michigan again -- and improbable snatch-defeat-from-jaws-of-victory losses -- oh, God, too many to name -- so for Michigan to finally get the short end of the stick was sweet, sweet justice. Go to Michigan State's campus in the fall and you'll see so many people wearing black and yellow that you'll pull out a roadmap and mutter 'how the f&#$ did I end up in Boone, North Carolina?'"

. . . but fast forward a year and a half, and this flag-cape wearin' guy rockin' a Chips hat and shirt is (implicitly) WOOOO AWESOME BRAH.  (A bit of an exaggeration, but still . . . h'okay.)

He then linked to this from the New York Times:

Central Michigan beat Michigan State on a 42-yard field goal with 3 seconds left. As the game’s final minute ticked away before the start of the game here, news media in the press box gathered around televisions to watch.

Central Michigan initially missed a potential game-winning 47-yard field goal, but got to try the kick again after Michigan State was penalized for being offside. The announcement of the penalty that set up the game-winner prompted clapping and an announcement in the press box.

"Cheering is not allowed in the press box," the announcer said, "but it is right now."

In regards to which, Brian opined:

1. To me, this is a hell of a lot less defensible than MSU fans cheering on the HORROR.  (That video, of course, being one which Michigan fans have alternately whined about and made fun of for two years now.)  Fans aren't supposed to mantain any pretense of objectivity -- and, naturally, Michigan's didn't:

ANN ARBOR, Mich. — The loudest cheer during the early moments of the Notre Dame-Michigan game came during a break in the action in the first quarter.

Fans of both Michigan and Notre Dame roared at the news. The Spartans are a bitter rival of the Wolverines and play at the Fighting Irish next week.

2. For our purposes, I'll assume that Freep writers weren't among those cheering.  Still, how exactly does this square with the Michigan-fan meme/persecution complex that the lolmsm has effectively become an arm of the MSU athletic department?

In summation: I can't complain about Michigan fans playing the comeuppins' card, especially when my team choked as badly as they did on Saturday.  But, playing that card also forfeits the high ground they've staked out for themselves, as Dex from WLA essentially admitted.  Welcome to the muck.