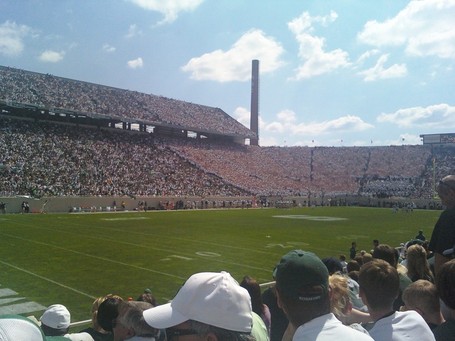 The beautiful view from Section 27
Michigan State comprehensively takes care of Montana State, 44-3.  As Rittenberg said, overall, this is probably the result that Dantonio was looking for, though some concerns remain.
Highlights:
And, the lowlights:
Overall, a tremendous day in East Lansing -- beautiful weather, great crowd, and we handily beat a team we should beat handily.  What'd you think?