The first act was a rousing success, as your Spartan cagers played their best game of the season en route to a 91-70 victory at Northwestern.

Next up: the big one, as MSU looks to overcome long odds and secure our first bowl victory since 2001. As commenter SubLime said:

do something heroic for God, country, and, most critically, the Big Ten conference! 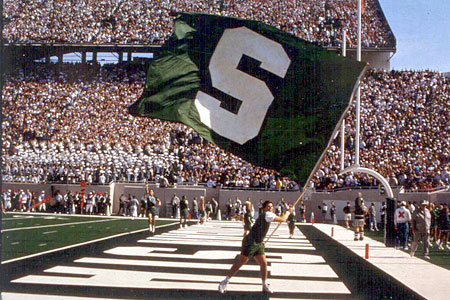