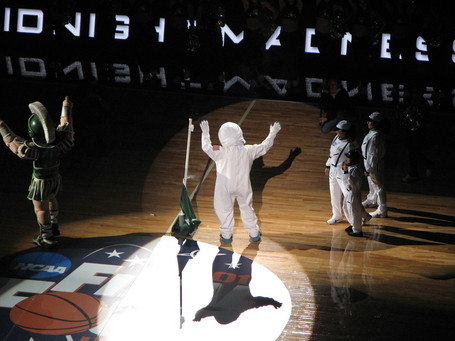 So Gerard Butler showed up.  That was kind of weird and pretty awesome all at the same time.  Really regretting not turning my camera's video-taking feature on for when he bellowed "SPARTANNNNNNS!!! WHAT IS YOUR PROFESSION?!!!"

Tom Izzo recounting a comment by Lupe during the homecoming parade: "You know, they don't have anything like this in Cleveland."

Also, the women's team has a girl who can dunk, which is cool.

Selected player impressions from the 14 minutes of scrimmaging (12 minutes of regulation, 2 of OT): 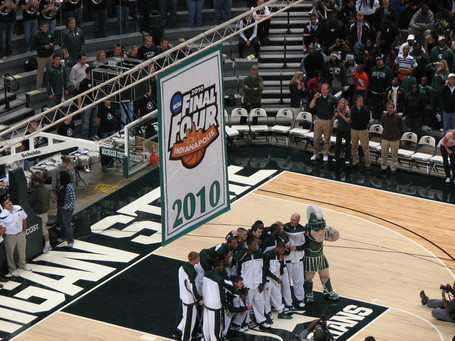 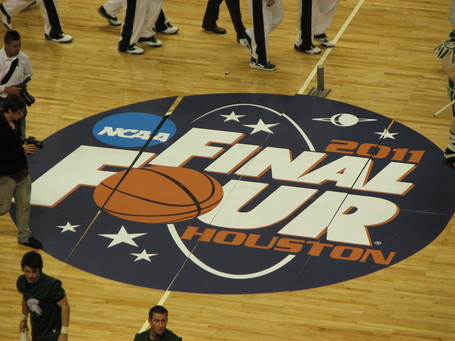