One Contest Won, Another Up for Grabs

Share All sharing options for: One Contest Won, Another Up for Grabs 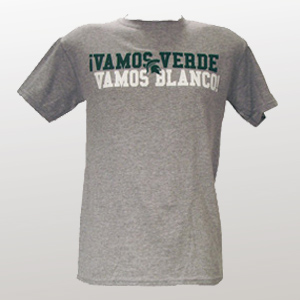 Before I get to the contest announcements, I'd like to thank our sponsor, Underground Printing.  They're situated on M.A.C. in East Lansing, and they have some awesome MSU gear you won't find in any other store.  They do custom apparel as well, and the two times I've ordered bar crawl t-shirts from them, the orders were filled early and accurately.  If you want to see the t-shirts, sweatshirts and overalls (yes overalls) they have for all members of your family, stop on by ugpmsuapparel.com.

We have a winner in the non-traditional bracket contest, and it's rook34.  He was one of only two people to pick MSU, Butler, West Virginia and Duke, and since he's in the lead right now, there he will stay.  He wins a $50 gift certificate to Underground Printing for his efforts.

In the traditional bracket contest, any one of three entries can still win.  Which ones are they?  Find out after the jump.

Thanks to Butler and Northern Iowa taking out two of the favorites (NOTE TO SELF: NEVER DOUBT IZZO AGAIN), figuring out who will win this contest is simple:

- The entry bas409 2 was the only bracket to predict three Final Four teams correctly, and has Michigan State winning the tournament.  I'm assuming this person's a lawyer, because he(she?) put in more than one entry. If MSU wins the tournament he (she?) gets the gift certificate and my kudos for exploiting a loophole, one that will be closed next year.

- Intrpdtrvlr picked Duke to win.  If the Blue Devils win the whole thing, he gets the gift certificate and has to live his or her life in shame for benefiting from a Duke title.

- The entry "so ur sayn thers a chance" picked West Virginia to win.  If the Mountaineers are national champs, that entry wins the gift certificate and a celebratory swig of bathtub gin from the still in Bob Huggins' backyard.

- No one picked Butler to win the title.  I'll use this space to say that if I have to see one more "THE BUTLER DID IT" headline, the retaliation swill be swift and severe.

As for the site owners, KJ and I are in 7th and 8th respectively, with the chance to rise if West F-ing Virginia wins on Saturday.   So now you know who your rooting interests are (MSU, not Duke unless you're Intrpdtrvlr), and if you've completely blocked out the memory of your 2010 brackets...I wouldn't blame you.  Not in the slightest.