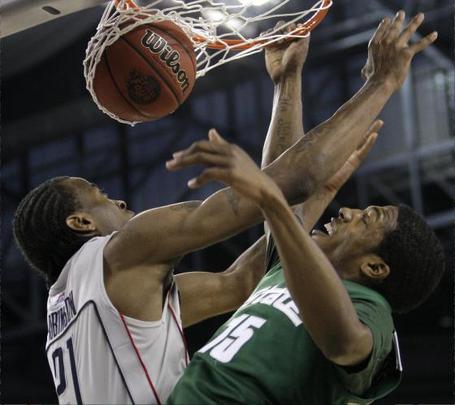 It’s been a long and winding road, but we’ve arrived at our destination–at least geographically speaking. Two more enormous steps remain if we are to reach the ultimate basketball destination.

Our road this season has been just as long and just as winding, and just like last season, the destination has been reached. This is perhaps the most improbable, most impressive Final Four run MSU has ever completed, but it's ridiculous to think that the players, the coach, or, indeed, the fans are satisfied at this point. One destination has been reached, but the quest for the true prize begins anew tonight. Butler isn't likely to overwhelm Your Spartans, but there's a reason why the Bulldogs haven't lost since December. We'll find out in a few short hours if the journey continues.

Your game preview is here. If, by some chance, you aren't in front of a television, game video is here:

(And, here's the link to a larger video player.)