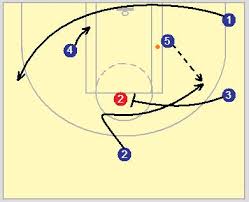 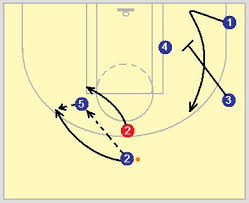 Drew Cannon recently published an interesting article on the Basketball Prospectus site that has provoked some discussion about positions on the basketball court and the limitations of traditional thinking. Eamonn Brennan looked at some of the implications of Cannon's article and other responses have come from Rob Mahoney and Tom Ziller. And, over at UM Hoops, Dylan has tweaked Cannon's system a bit and used it as a lens through which to view the Michigan lineup and its possible combinations for the upcoming season. None of this is brand new, of course: NBA types have been looking at this kind of thing for several years now. (See this piece by Tim McSweeney from 2006, for example.) But not a lot has been done to move this discussion to the college game to see what it might illuminate. Cannon and Brennan have both pointed out how an open-minded consideration of skills that don't fit the traditional positional mold could give a coach an edge in finding talent, especially at the mid-major level, if such "tweeners" have slipped through the cracks. My goal is somewhat more limited. I'm going to try to refine things a little further with some tweaks of my own and then use the result to take a look at the Michigan State team and its possible areas of concern, as well as what floor combinations we might expect or want to see for the Spartans.*

*My original intent was to look at roles on some of the future MSU teams, based on the recruits Izzo has brought in and questions about who's going to play where. I ended up leaving all of that out, but may do a second post in the future. It would also be intriguing to do team vs. team matchups in the Big Ten.

The problem with the way this new development is framed is that it still relies on demonstrably imprecise labels. If Rodrigue Beaubois is a "D1" -- meaning he guards point guards despite often playing shooting guard -- then you're assuming there are "1s" for him to guard, which is just the type of assumption the Positional Revolution aims to destroy.

He continues, "A more useful classification might be something like "DPick-and-RollA+" or "DPostC-"." Mahoney responds, with some justification, I think, that although Ziller has a point, introducing evaluation into what is supposed to be description risks making it too subjective and complex. Whatever their drawbacks, the D1-D5 labels at least have the value of encapsulating a lot of information in a simple and easily recognizable description. Mahoney proposes making a less extreme modification to Cannon's original diagram and representing the defensive positions as follows, where the 1-5 positions represent typical combinations of size and speed. (LeBron James-like freaks need not apply: much of their value lies in their atypical combination of size with speed.) So what we have are five overlapping but distinct regions that represent normal combinations of size and speed. This has the virtue of simplicity as well as flexibility. Most guys can fill at most two defensive roles. The exceptions are your true defensive wizards - remember Travis Walton being switched from 6'2" A.J. Price onto 6'9" Stanley Robinson in the 2009 Final Four?

As far as the offensive positions go, Cannon identifies four roles which he consolidates into three positions: Creator/Handler, Scorer and Rebounder. Every team needs some guys who can put the ball in the basket, some guys who can get it to them without turning it over and guys who can clean up any misses and keep scoring opportunities alive. Because you can't be giving away the ball before you have a chance to get it to your scorers, "The Creator and the Handler", Cannon asserts, "have to be the same guy." Dylan Burkhardt adds to these roles with the addition of the "Shooter", for those players who can score but need plays called for them or other offensive help to do it. Scorers can create their own opportunities.

I like Dylan's refinement and, because I can never leave well enough alone, I would add one more. Although Creators and Handlers are usually the same guy (the traditional point guard role), they don't have to be. I think this distinction became clear to many who watched MSU play during the two stretches when Creator/Handler Kalin Lucas was out last year. Draymond Green actually assumed much of the Creator role: he showed a terrific passing touch and court vision and he would often direct the offense. And although he was capable of bringing the ball up (remember the final play against Maryland?), that was not typically his role. That job often fell to Mike Kebler, whose entire role in the offense was truly just to get the ball into the offensive end without turning it over. The fact that he had no other offensive role, of course, limited his value on that end. But, as we saw with the short-lived Chris Allen-as-point-guard experiment at Illinois, that one role is not insignificant. This also echoes some points John Gasaway made about Manny Harris' and Evan Turner's roles on their respective teams. In his Q & A with Dylan over at UMHoops.com last year he observed that "I know last year there were always other Wolverines on the floor alongside Harris who proudly wore the 'point guard' label (Kelvin Grady, C.J. Lee, Stu Douglass, etc.). I for one don't buy it. Harris had by far the highest assist rate on the team and, more importantly, he ran this offense in the literal Beilein-ian sense." Similarly, in another article Gasaway wrote that, although Turner was officially annointed "point guard" only last year, this formality "was merely the outward and visible sign of a preexisting inner state of reality: This offense goes through Turner. It has ever since Jamar Butler left." So, although P.J. Hill and Jeramie Simmons were out there bringing the ball up the floor (as Stu Douglass and others did for Manny Harris), the offense ran through Turner, which is the important facet of the Creator role. So if we break Creator and Handler apart again, still recognizing that they usually go together, we get the following (five players, ten positions, as it were):

So this lets you look at a team, assign roles and make an educated guess about strengths and weaknesses, as well as floor combinations that might make sense (or should be avoided). So, how does Michigan State look in this light? Using the projected lineup for next year (and assuming that the departure of Chris Allen probably means Gauna won't redshirt) I came up with the following table. I realize that there is a lot of room for debate over which roles to assign, but the main things to remember are that this isn't about how good a given player is at that role but what the team's expectations are of that player when he's on the floor.

The first thing to notice about this is that there are no glaring weaknesses: no 0's 1's or even 2's at any single "position". In fact, the role coverage (players per role) looks as follows:

As Kalin Lucas declared in a recent FOX Sports article: "We have guards, wings and bigs. Winning a national title is our only goal". Some observations:

In short, the hallmark of this team looks like depth and versatility. All the roles have multiple coverage and the presence of players who can do a variety of things means that a lot of different lineups can be put out there to create mismatches for opponents.