ISSUE ONE! Will MSU's Running Game Improve in 2010?

Share All sharing options for: ISSUE ONE! Will MSU's Running Game Improve in 2010? 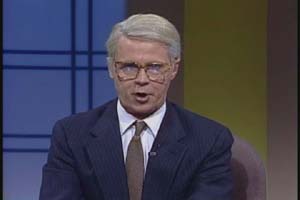 WRONG!! You all had Special K with ba-na-na!

In an effort to cloak the inadequacy of our season previewing thus far, over the next four days, we're going to look at the four most critical questions facing the Michigan State football team in 2010. First up: whether MSU will be improve its rushing productivity.

One of the more remarkable aspects of MSU's 2009 football season was the seemingly complete reversal in offensive styles. The 2008 team usually employed a positively paleolithic approach, wherein the object was to give the ball to Javon Ringer as often as possible and have Brian Hoyer throw the ball only as a change of pace. Conversely, the 2009 offense, particularly later in the season, was built on an impressive passing game and seemed to run only as an afterthought.

Of course, much of the 2008 narrative was established early in the season, when Ringer was scoring touchdowns by the bunches and racked up 4 games with at least 190 yards. By the time Ringer started faltering down the stretch--surely a victim of his obscene workload--MSU's identity as a rushing team was firmly established.

In 2009, however, Your Spartans featured a host of young running backs, the second-most inexperienced offensive line in the Big Ten, and a potentially-outstanding passing attack. The pieces seemingly weren't in place for substantial productivity on the ground, but three things occurred. First, the passing game was perhaps even better than advertised, and as defenses focused in on stopping the pass, the running game received more opportunities to shine. Second, the offensive line jelled fairly well, becoming a well-above average pass-blocking unit, and, at the very least, an adequate run-blocking unit. Third, the running backs grew up in a hurry. Larry Caper was solid all season long, Glenn Winston showed promise before blowing out his knee, Edwin Baker did excellent work after his redshirt was burned, and, of course, Ashton Leggett had one absolutely outstanding game against Western Michigan.

Fortunately, it appears that some of the pieces are in place for MSU's ground game to be more efficient and more productive in 2010.

First, while Leggett and Winston are gone (thankfully), Baker and Caper return and figure to be even better in their second years. Caper was listed as the starter on the pre-practice depth chart, but I'd imagine that he and Baker will end up splitting time fairly evenly. They'll be joined by Le'Veon Bell, "who has the steel and speed of a Panzer tank" and has been one of the very pleasant surprises in the fall camp. Bell is listed at 6'2", 230, so the temptation is strong to pigeonhole him as a goal line bruiser. (Although, after last year's red zone strugglefest, a Jehuu Caulcrick-type bowling ball would be greatly appreciated.) But, he's apparently relatively athletic, and could figure prominently into the discussion this year. (I've never seen him play in person. Here's hoping the optimistic reports are accurate.)

Second, the passing game should be even better this season. If MSU can consistently air it out--and there's no reason to believe that we won't be able to--opposing teams obviously won't be able to stack the box with regularity, and our runners should have regular opportunities to get into the secondary.

Ah, but here's the catch: none of it will matter if the offensive line isn't creating holes for the running backs. The right side of the line, obviously, will be all-new. The WMU depth chart hasn't been released yet, but it seems probable that Chris McDonald will get the start at right guard; strong play from him is particularly important if our backs are going to have any success on the interior running plays of which Dantonio is so fond. But so much of offensive line play is about cohesion and not individual effort, and we won't truly have a sense of this line's chemistry until the second or (more likely) third week of the season.

Also, I already mentioned Dantonio's fondness for boring, predictable runs up the middle. We were all enormously frustrated by the lack of variety in the running game last year, and particularly in short-yardage situations. Without some variation, the even solid blocking and running won't accomplish all that much.

Last year's rushing total, 1779, was good for sixth in the conference--but not exactly sixth with a bullet, as we trailed the 5th place team (Penn State) by 428 yards. This season, the focus and playcalling emphasis will be on our talented quarterback and wide receivers, so we're not going to come close to the league leaders in rushing. However, this is the internet, where we tend to judge the success or failure of things based on highly arbitrary criteria. 2000 yards rushing is a nice round number which, coincidentally, would represent a substantial-yet-realistic ground-game improvement over last year's effort.