Share All sharing options for: The 2011 Favorite Spartan Bracket -- The Mason Region

Here comes the second of the four regions for the 2011 Favorite Spartan Bracket!  Before its debut, a couple notes:

That said, without further ado: 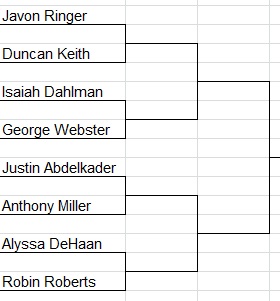 Thoughts on this side:

After the jump, the second half of the Mason Region. 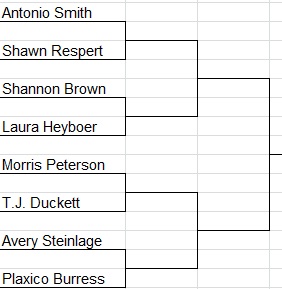 That's half the bracket so far, and the other half will be out soon.  What do y'all think?