My Trip to Spartan Stadium, New Scoreboard?, Photos of the Field, and Etcetera

Share All sharing options for: My Trip to Spartan Stadium, New Scoreboard?, Photos of the Field, and Etcetera

I was lucky enough to go on a tour of Spartan Stadium and the Football building, sponsored by the Mid-Michigan Alumni Club.  Thanks y'all!  As part of the tour there was a talk before hand, and from what I can tell, a new scoreboard for the North end of Spartan Stadium is a go, and will be constructed next year (Note;  I'm not 100% on this, just passing along information I heard in the Q&A portion before the tour).  Here's to sitting in the south end zone and being able to see replays!  I was able to snap a new pictures in the boxes and such, and here they are (Note -- these were taken with my cell phone camera, so I apologize for the quality in advance): 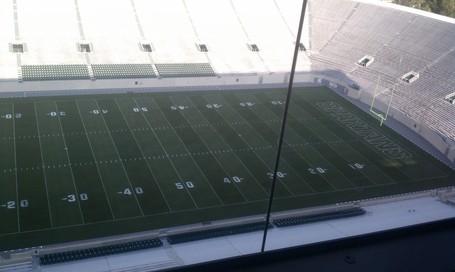 To the naked eye, the grass appears to be coming along nicely.  It's hard to tell from this photo, but Spartan helmets are on each 30 yard line. 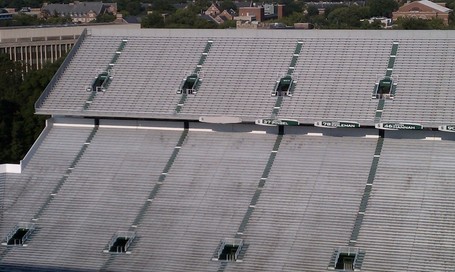 From what I can tell, there'll either be a new entry to the Ring of Fame, or I forgot to count the ones on there and they just redid one of the signs.  Either way, INTRIGUE! 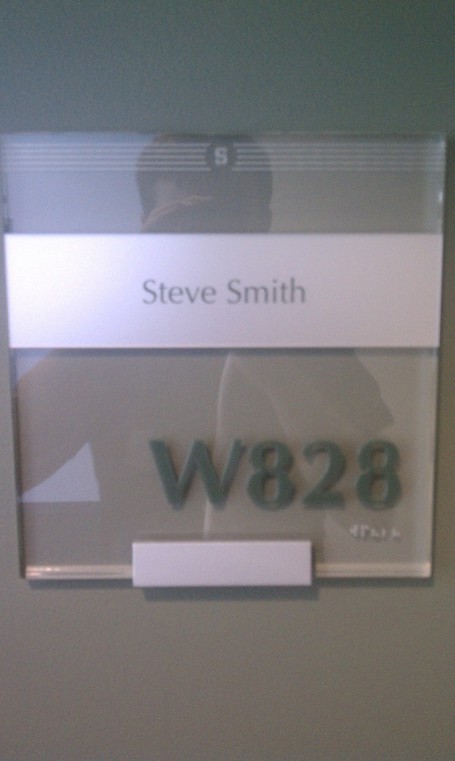 Note -- if you give the largest gift any athlete has ever given MSU, you get your own suite on the top of Spartan Stadium, right next to the press box. 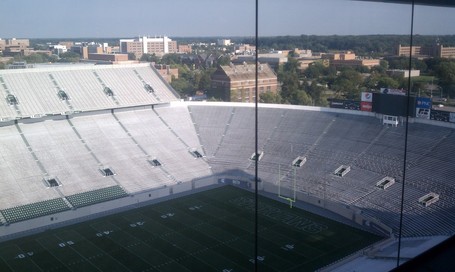 A gorgeous view of campus.  That's Hubbard Hall off on the far left. 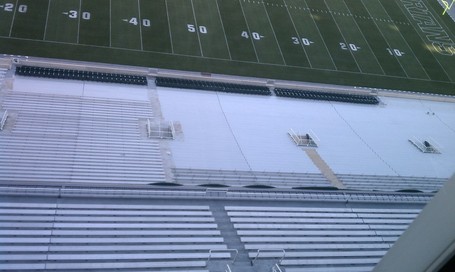 Even bleachers need a new coat of paint every now and then. 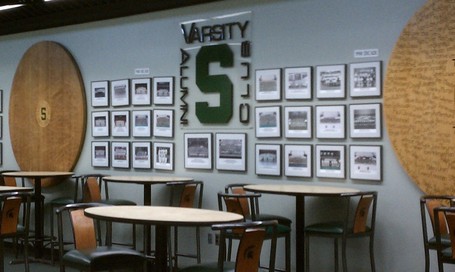 Like the sign says, this is the Varsity Alumni Club.  What are those large wooden circles you ask? 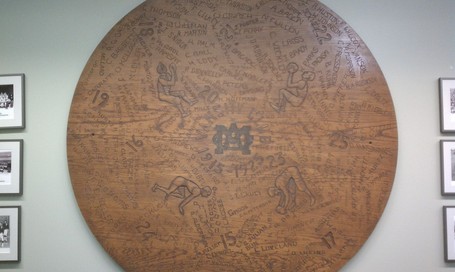 On the tables are the names of each varsity athlete from a given time period.  These tables used to be in the Union, and they were rescued from storage when the new addition to the stadium was constructed.  This table is from the MAC days, 1915-1925. 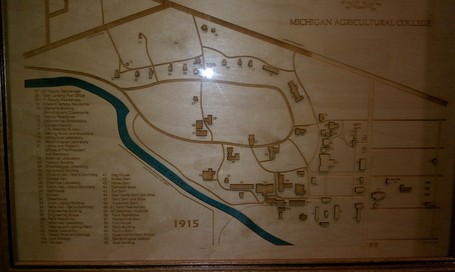 A map of campus, circa 1915.  Sorry I couldn't magnify the text for you.  Once upon a time, everything was north of the Red Cedar. 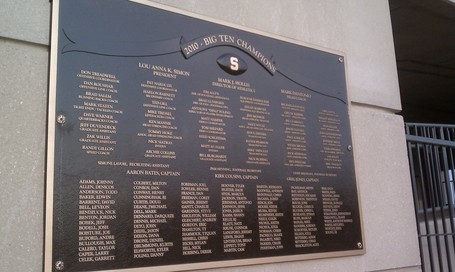 The 2010 Big Ten Champions plaque, in case you haven't seen it.  For future reference, it's on the southwest corner of Spartan Stadium. 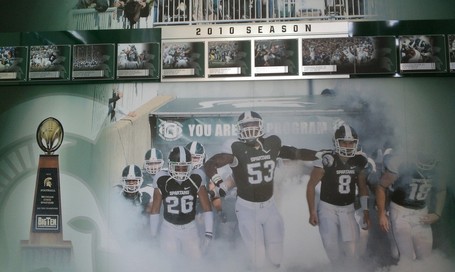 The 2010 Big Ten Champions display in the Demmer Football Building.  It shows all the wins, so it should be obvious why the panel depicting the Northwestern game is twice as long as the others.  Still, that's quite the awesome photo, no? 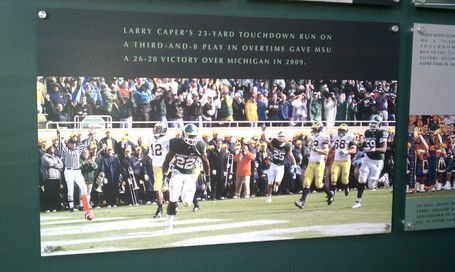 The Football building also has images from many memorable Spartan games, including Larry Caper's run to beat Michigan in overtime two years ago.  I wish they would've picked the picture of him doing the high kick though. 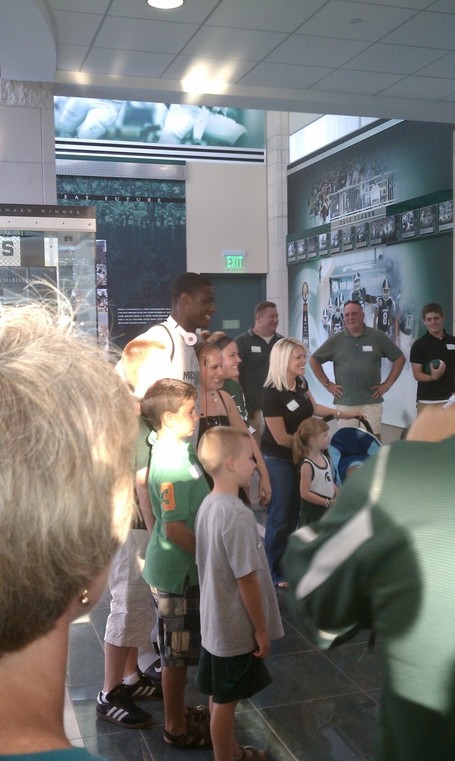 Lastly, Le'Veon Bell showed up, and he was nice enough to have his picture taken with all the kids that were on the tour.  I can't emphasize enough how nice he was to all the children -- he took time out to talk with each of them, and was nothing but gracious.

That was my tour of Spartan Stadium and the football building.  A couple other notes: