10 Things to Keep an Eye On- MSU Spring Football

Share All sharing options for: 10 Things to Keep an Eye On- MSU Spring Football 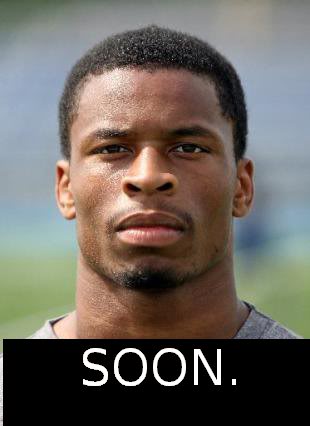 DenMEMEcos Allen has his eyes on everything. Always.

Spring football is about to start on Tuesday, and with it comes a sea of speculation. Certain players will get talked up by coaches. Depth charts will be released and debated. Meager notes from intrasquad scrimmages will be pored over for something, anything to indicate what might be next season. Here are some things to watch:

So you're taking over for arguably the best quarterback in MSU history and moreover, fans have seen surprisingly little of you over the past two years, making you the enigmatic backup who might be, in the eyes of some fans, better than the last guy! No pressure dude.

Obviously fans are going to be scanning every box score for TDs and INTs and psychoanalyzing every piece of praise or critique from quarterbacks coach Dave Warner. But there are a few more things to keep an eye on:

-Who is he establishing a connection with early? Maxwell is a new QB, with a totally new batch of wide receivers. If there is a single silver lining to that sort of situation it is this: These receivers should be used to Maxwell. They've been playing with him on the scout team for a year or two now, and won't be comparing him to the last guy, because, well, they didn't really play with the last guy. So will we see a primary QB-receiver combo come out early?

-Does he get named an early captain, or get early buzz? Sometimes captaincies get incredibly overrated (see: English national soccer teams) but I think there's a fairly good argument that they are important factors of a college sports team. When coaches can't contact or see players due to NCAA rules, it is typically the captains who get people out to voluntary workouts or film sessions. Many people's first indicator of Cousin's place in the team was tipped by his early captaincy. Will Maxwell, though not yet a senior, follow suit?

-Is there anything Maxwell can do skill-wise that Cousins couldn't, that might foretell any changes to the offense? Kirk was always fairly immobile in the pocket. Will there be any long runs from Maxwell, any option plays, any zone read? Based on limited viewings of him I would guess no, but those viewings are, to repeat, limited, and Roushar has proven to be a somewhat of a mad scientist.

More things to watch, after the jump...

If you've paid attention to Spring Football at all over the years you know that no injuries is a pipe dream. I imagine that sometime over the next few days a list of players out for Spring practice will emerge with the names of a few guys on it.

But certain spots would be especially painful to lose to injury right now. Serious depth at Quarterback, Tight End, Fullback, and Offensive Tackle is not really there right now to my knowledge (though reinforcements for those positions will arrive with the freshman class in a few months). Avoiding players switching positions mid-camp to fill in for injury would be preferable.

3. Is Bell ready to carry a big role?

MSU will split carries this year. Caper will get carries. Nick Hill will get carries. But Le'Veon Bell might, and probably should, get the lion's share. Is he going to be ready for it? Bell, somewhat to my surprise has never carried the ball more than 20 times a game, and has only had 8 games with 15+ carries. Some of this might be the presence of Edwin Baker over the years, but maybe Bell, who is a big guy, hasn't been physically ready for that many snaps yet. But Baker is gone now, and with a brand new passing game, the offense will likely lean on Bell, who ran VERY strong over the last half of the season.

4. Will any position changes stick? Will anyone else move around and breakout at a new spot?

Every year some players get switched to new spots due to a lack of players, or a logjam ahead of them on the depth chart. Some return to their original position, but others impress or are needed enough that they stick around at their new spot. Reported so far, Tyler Hoover has moved inside to DT from DE (I'd expect him to stay there), Dana Dixon has moved from CB to wideout (who knows?) and Denzel Drone, a promising pass rusher last year has flipped to tight end (a shallow spot for MSU right now. I'd guess he eventually returns to DE, but I've seen weirder stuff happen).

5. Who takes over for Worthy?

According to talk around the program (and his impressive game against Georgia after battling injuries) Anthony Rashad White will take over one DT spot. But he's expected to play a different role than Worthy did, being the space eating, doubling team forcing Nose Tackle rather than the penetrating, disruptive 3-tech that Worthy played. Will it be Hoover in the other spot, who played DE and has bulked up during the time he missed due to injury? Or will it be one of a number of young, untested, RS freshman and sophomores? Definitely a position to watch.

6. Will staff solidity lead to 'year two bumps' for some positions?

The loss of Don Treadwell caused a handful of shifts among the Spartan coaching staff last year. Most notably a new OC settled back into play-calling duties after some time away from that, but a new WR coach came in, and the tight ends and OL responsibilities flip flopped among coaches. Now that everyone on staff has had a full season to adjust to their new responsibilities will that work experience be rewarded with improvements on the field?

7. Who steps in for Trenton Robinson on defense (both at the FS spot, and in his leadership role at the top of the defense)?

There is very little turnover on the defense. Replacing Worthy is obviously the biggest challenge, but the most heated competition might be for Robinson's vacated safety role. Dantonio puts a lot of responsibility and freedom on his safeties and players like Kurtis Drummond, Jairus Jones, and a slew of other talented prospects will be competing to fill the open slot. Further, while Max Bullough is a near lock for a captaincy, the safeties also do vital work in setting up the defense and making calls. Will the talented Isaiah Lewis, the retuning starter at safety slide into this role?

8. Is anything, I don't know, REALLY WEIRD happening in the scrimmages?

In 2009, when Cousins and Nichol combined to absolutely firebomb the MSU secondary all spring, a supposed preseason strength, that probably should have been a sign that something was up. The nature of making judgements off of intrasquad practices is slightly stupid (for one side to do good, the other, by necessity, has to do bad) but if you start getting really extreme cases (offenses or defenses absolutely running riot on the other side) you might have reason for concern. Is the defense getting a zillion picks, or none at all? Is a kicker making all his FG attempts or very few of them? Are special teams breakdowns frequent? Are there an inordinate amount of sacks or tackles for loss? I've always thought it's best to see fairly even competitions between offense and defense in these sorts of contests.

9. Who emerges out of the crowded wide receiver picture?

Your guess is as good as mine. The closest thing to a clear cut starter, Bennie Fowler, has dealt with chronic foot troubles that kept him out all of last season. Tony Lippett and Keith Mumphery received a small amount of in game experience at the position last year. Deanthony Arnett, under admittedly crappy circumstances, has returned to Michigan after a productive year at Tennessee and might have a leg up on the slot receiver position (assuming his clearance for play from the NCAA). Everyone else is almost entirely new in my eyes, and it will definitely be interesting to see those first few depth charts. One other thing to note, is the strength of the freshman receiver recruits being brought in this Fall. Those here in the Spring would do well for themselves to impress coaches and solidify a spot now.

10. On the offensive line, is everything finally all good?

Who could forget the stream of articles from the last off season, wondering about the rebuild of the MSU offensive line? Now, a year later, the situation has flipped with four starters returning, and only Joel Foreman, the left guard needing a replacement. Will Fou Fonoti hold onto his spot at Right Tackle or will Skyler Burkland, the early season stater, reclaim it? Does Blake Treadwell, probably the early favorite, claim Foreman's spot? And maybe most importantly, will the lack of turnover and familiarity of this group generate an improved on field product? Most starters take a leap in production from their first year to their second, if that rule holds true for the OL, the transition of the passing game should be much smoother.

What are you watching for this Spring? Have an eye on a particular player to break out? Anything you think I missed? Let us know in the comments.