Look At The Size Of Those Things!

Share All sharing options for: Look At The Size Of Those Things!

Earlier today, the MSU Football Twitter feed tweeted out some pictures of the north endzone scoreboards and made everyone all giggity.

In case you haven't seen the renderings, here they are. (Credit Matt Mitchell/MSU Athletic Communications) 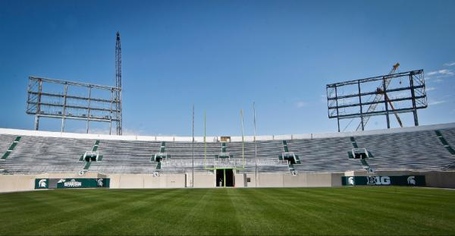 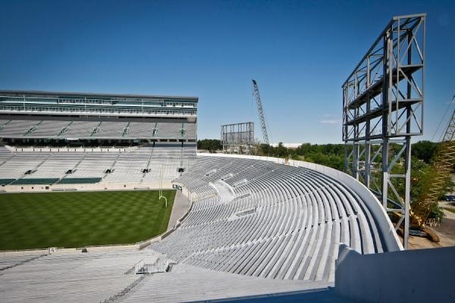 More photos and "analysis" after the jump 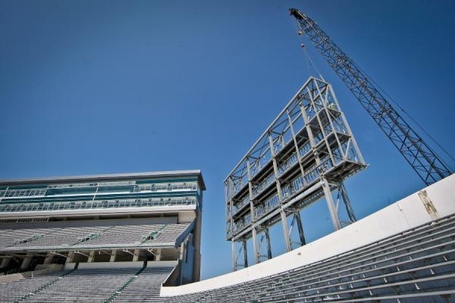 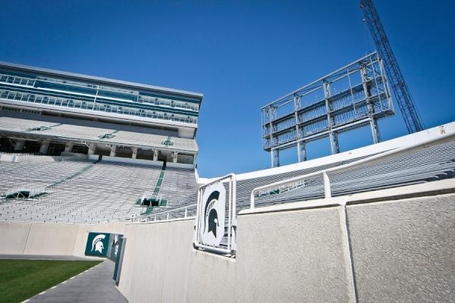 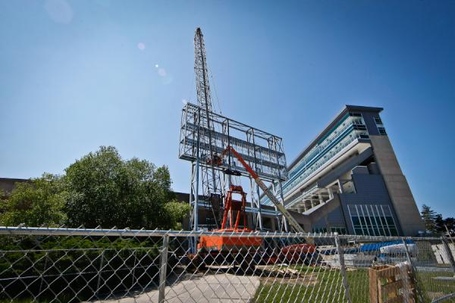 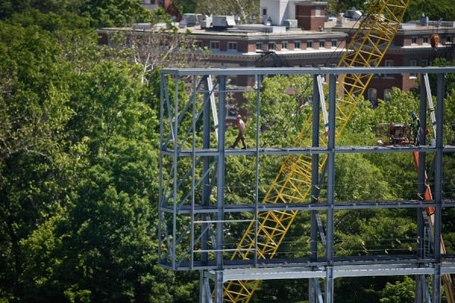 The total space covered by the boards will be 13,500 square feet, athletics director Mark Hollis said, according to the Freep. The south board alone will be 5,300 square feet, meaning it could fit a basketball court on it.

Per Wikipedia, MSU had the 75th-largest video board in college football last season — the third-smallest among BCS schools. The new boards will put MSU in the top 10. Per that Wikipedia article, the south board would be No. 6 in the nation. Even if it's Wikipedia, the point still stands: MSU is going from one of the smallest video screens to one of the biggest.

It is no secret that Spartan Stadium was still lagging behind most college football stadiums despite the 2005 renovations that brought the luxury boxes/press box and Spartan Club. The renovations won't stop here. MSU is working on raising money for a North endzone plaza.

With back-to-back 11-win seasons, season-ticket sales approaching 65,000, the daunting home schedule and these new scoreboards, the atmosphere at the stadium will jump up several notches and could be one of the best in the Big Ten.