5-Star Kevon Looney is visiting Michigan State this weekend and other 2014 recruits are nearing decisions for fall signing. In addition to Looney, Devin Booker, and Cliff Alexander, MSU has some new targets for the class like Javon Bess and Trevon Bluiett.

It is a busy fall season and there is a lot to catch-up on.  Let's get the bad news out of the way - There's word that James Blackmon cut MSU from his final list this morning to reduce his list to Michigan, Kentucky, Indiana, and Kansas.  This doesn't surprise me at all.  It was more surprising to see Michigan State remain on Blackmon's list.  He hadn't made plans for an official visit and the Spartans hadn't been in the forefront of many of his interviews.  I've always thought he was headed to Kentucky but it feels like Michigan might have a chance.  Blackmon (like many shorter 2-guards) appears to be looking for opportunities to play point guard and he's being sold on that pitch.  In the end, this is a drop from a player I never suspected was coming here.

In better news, Michigan State is going to welcome a Top 10 national player on an official visit this weekend.  Kevon Looney rearranged his schedule to visit East Lansing, apparently starting on Sunday.  That's big and one of my major hesitations about Looney was that he hadn't yet setup time to come to East Lansing for an official. This still feels the same to me - I wouldn't bet much money on MSU but I think you'd be defeatist to diminish the possibility.  Looney has talked about the attractiveness of playing closer to home and the importance of recruiting his parents and both of these might help Michigan State.  Whether Reid Travis and Duke will have anything to do with Looney's decision is unclear.  There's been some rumors that Coach K will only take one but I wouldn't bank on that.  Looney would be a great addition to Michigan State and help reduce any anxieties about this recruiting class.  The Wisconsin product possesses an inside-outside game that should allow him to play either forward position but his rebounding ability, size, and projected continued growth probably make him another "College 4, NBA 3" type of player. I wouldn't rule MSU out of this one when Looney announces later this month.

MSU has also been turning their attention to some new targets as the 2014 list continues to grow.  Last week, Coach Izzo made an offer to Javon Bess, a guard from Gahanna, Ohio.  I don't have any problems with this offer and don't view it as a negative or disappointing.  This class still needs bodies and you could argue that Bess brings something different than every one of MSU's other targets.  He's a versatile combination player with size to play either wing position and has also been discussed as having skills to play a "point forward" role. Unlike some of the other wing targets, he's not a strong shooter and his game is based on his ability to attack the basket in addition to both his defensive and passing skill.  I wouldn't get too hung up on star rankings;  Bess also has interest from Wisconsin, Indiana, and Michigan and it may just be that Michigan State got in one step ahead on a fast rising prospect. He's planning on visiting again for an official on the 19th after stopping in a few days after his offer and there's a shot that Michigan State might be able to flex their muscle as they did with Lourawls Nairn and pick up a player after a short courtship.

Bess would have a different role from Devin Booker and also Michigan State's newest target Trevon Bluiett.  Bluiett is a consensus Top 50 player and having him suddenly available after decommitting from UCLA has created a swarm of interested teams.  His family discussed distance as a major factor in parting with UCLA so many regional teams have come to pull Bluiett out of Indianapolis.  Xavier, Indiana, Purdue, and hometown team Butler have all expressed interest and it's difficult to know yet who is serious about Blueitt and which teams he'll respond to.  The intention is for him to sign in the early period so these next few weeks will involve a focusing of the list and visits and that's when we're likely to know how interested Trevon is in his MSU offer.  He's considered a big time shooter but not overly quick or athletic as a 6'5" wing.  For this reason, I would be surprised to see Michigan State end up with both Bluiett and Devin Booker.  That situation is probably an "either/or."

Josh's obligatory Cliff Alexander update - Cliff announced  that he was revealing his decision on November 20th, the last day of the early signing period.  Then he switched to the 16th, his birthday.  Graham Couch intimated at the LSJ that MSU is facing an uphill battle in a potentially dirty recruitment.  I don't think Cliff is coming to MSU but I wouldn't bet my house against it.  The whole thing has been too unpredictable already and Coach Izzo has a long, strong relationship to Alexander.  Everything might look a different color when the decision gets real. 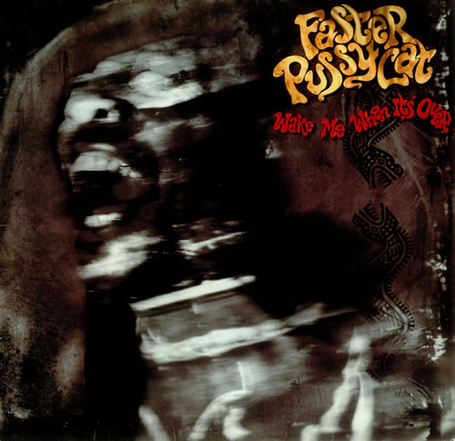 Moving out of 2014, the recruitment of Eric Davis, the Saginaw combo guard, has heated up recently. Despite some scouts' reservations, he has interest from Kentucky and may have recently picked up a Kansas offer.  Like so many players, it also sounds like being recruited as a point guard is very important to Davis and it's unclear where MSU stands there.  In the end, I would not be at all shocked if Eric Davis traveled far from home to play college basketball.

Michigan State is probably in better shape with one of the state's other top players Deyonta Davis of Muskegon. Davis says his favorite college player is Adreian Payne and that could be how MSU envisions him for their offense.  Davis doesn't appear to have the level of quickness and athleticism but he does have some shooting and ball skills as well as a long 6'8" frame that looks like it should get stronger and bigger in college. To reiterate something I talked about on twitter, I love that Coach Izzo decided to offer Davis.  Though I wouldn't read it as a full-scale renunciation of MSU's recruiting strategy of 2013/2014, I do think it shows that the MSU staff wanted to be sure they covered their bases promptly with the best talent in the state of Michigan. Instead of waiting on someone like Carlton Bragg, the Ohio 5-star forward, MSU recognized Davis' ability and decided to jump in.  It's also worth noting that despite what seems like a later and later commitment cycle, it is completely within precedent for juniors to commit a year out from signing (Costello, Valentine, and Kaminski did two years early).

When an MSU basketball assistant coach tweeted about visiting Alabama and Mississippi, it seemed very odd.  Mississippi made sense (Devin Booker) but Alabama?  Turns out the Spartans are interested in Danjel Purifoy, a Top 50 small forward from Centreville, Alabama. To say that this is off MSU's beaten path is an understatement and it's curious to wonder what MSU is doing in the land of the Crimson Tide recruiting a player with SEC offers and Kentucky interest.  It'll be interesting to see how (if?) this relationship develops and learn what the attraction between the two parties might be.

The time will come soon to start getting serious about conversations about even younger players.  MSU is looking intently at Detroit sophomore point guard Cassius Winston for their 2016 class and everyone knows about Josh Jackson, who is measuring up in 2016 to be the state's highest rated player (between #1 and #3) since before I could recall this information from memory.  KT?  The Spartans have already offered Saginaw freshman Brian "Tugs" Bowen so it's clear that MSU sees great potential in him too.  The reality is that everything is getting pushed back, first by recruits growing fondness to commit later and later and also the uncertainty about the 2014 class.  MSU will have a much clearer idea who and what they need out of 2015/2016 when next year's class takes shape.  The good news is that with all of MSU's targets planning on signing in November, the fans and the staff should get this clearer picture very soon.