Share All sharing options for: The greatest games in Spartan Stadium history

It opened in 1923. Ninety years later, Spartan Stadium will host its 500th game when the Indiana Hoosiers come to town.

It began with 14,000 seats as Michigan Agricultural College tried to prove its worth with a football program beating up on local teams in the early 1900s. 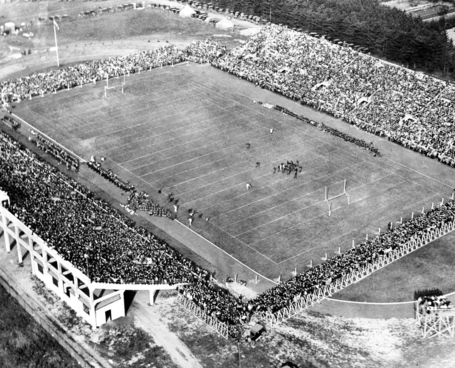 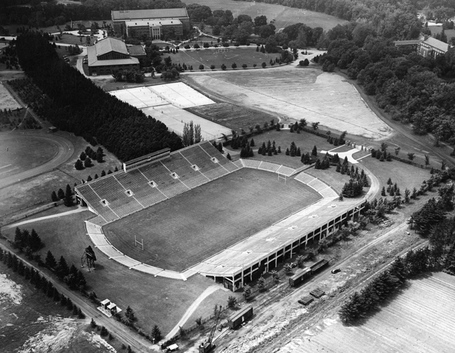 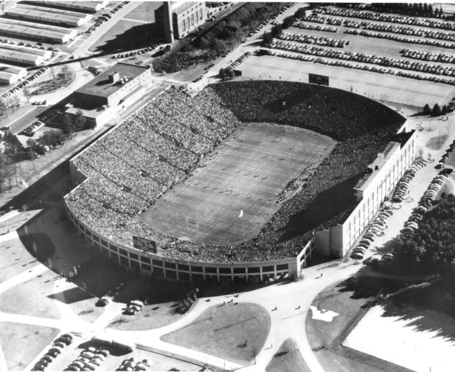 With MSU becoming a national power, upper decks were added in 1957, raising the capacity to 76,000. It has floated around that number since then, based on various renovations. The current capacity is 75,005, though crowds regularly exceed that. The record attendance was 80,401 against Notre Dame in 1990. 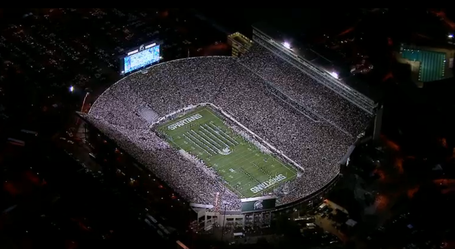 Everyone has their own favorite memory, usually a game in which they attended.

Earlier this week, I asked for nominations for the best game in Spartan Stadium history. Here are my top five games, and there's a poll at the bottom for you to pick your No. 1.

One of the most-anticipated games in college football history. No. 1 vs. No. 2. Although the game ended in a tie, both teams made claims to national championships.

Notable for the Hail Mary finish, this was a great game all around. No. 4 Wisconsin took a 14-0 lead with MSU having run one offensive play. A 23-0 second quarter for MSU included a blocked field goal and a blocked punt to give MSU a halftime lead. The Badgers rallied from down 14 in the fourth quarter, but a Hail Mary from Kirk Cousins to Keith Nichol gave MSU the win, and the replay review of it made it even more tense.

An 88-yard run by Levi Jackson put MSU ahead of No. 1 Ohio State with three minutes to play, but Ohio State would get to the Spartans' goal line. The Buckeyes got into the end zone, but the officials ruled the clock had expired after a loooong delay while MSU fans celebrated on the field. Here's an old Sports Illustrated article about the finish.

Another game known for the final play that was a great matchup throughout. MSU led 7-3 after one, trailed 17-14 at halftime and the teams were tied after three. A field goal gave MSU a 20-17 with 7:33 to play, but it was followed by a Michigan touchdown pass to the backup quarterback. Jeff Smoker led MSU down the field, converting fourth downs by penalty and through the air. A controversial spike with one second left allowed for one more play, and Smoker somehow found T.J. Duckett in the end zone while scrambling and throwing it high in the air. Watch out Haygood!

This one is solely because of the finish. A fake field goal gives MSU the win and Mark Dantonio a heart attack en route to the first Big Ten championship in 20 years and the first-ever 11-win season.

What's your top game? Vote below