FEI Trendlines for opponents in the second half of MSU's schedule

Heck and I were unable to complete our preview series due to time constraints. However, I put some solid effort into creating the FEI trendlines for each opponent, so I figured I'd share them here. There's also a bonus chart at the end! 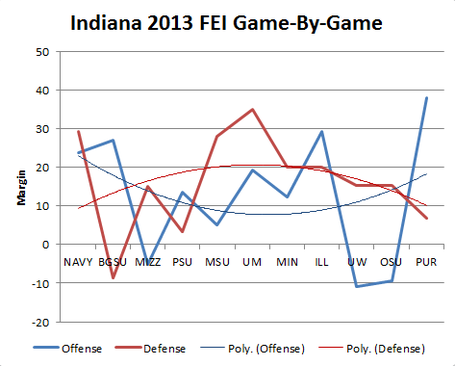 Indiana's offense was surprisingly poor against good competition last year. The games against Missouri, Wisconsin and Ohio State all show the IU offense as taking away value from the team as a whole. The exception: MSU. Go figure. 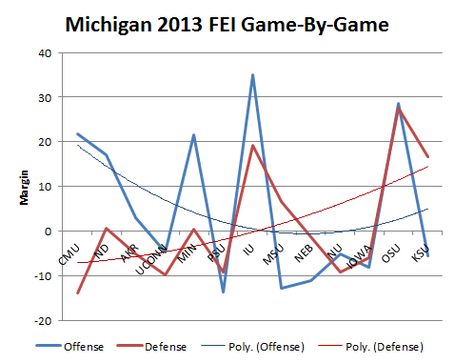 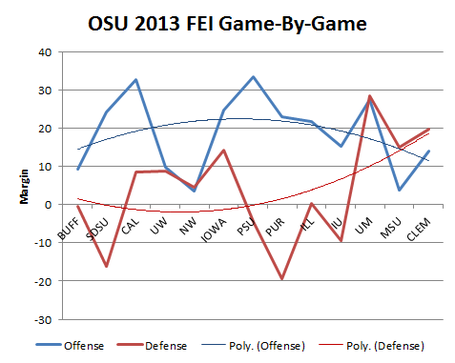 Something a little bit overlooked about Ohio State's 2013 season is that they were able to survive three squeakers during the Big Ten season. By the end of the year they were outclassed by better competition. 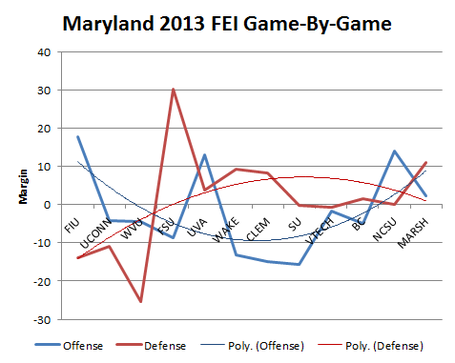 I'm pretty optimistic about Maryland's chances to be competitive in 2014, but this trendline does not give me confidence. Maryland's offense really took a nosedive in the middle of their conference season in 2013, and their wins did not come against difficult competition. We'll see if being healthy is enough to take them back to a bowl. 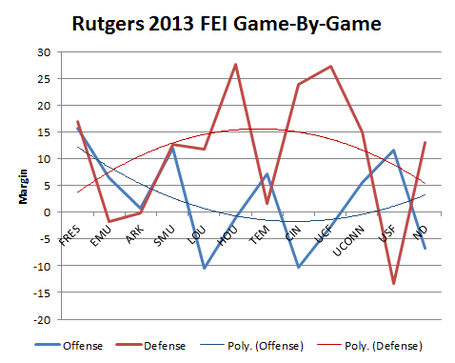 Welp. This chart pretty much indicates that Rutgers was just good enough in close games (3-1) to sneak into a bowl and get walloped. That defense clearly needs some work. 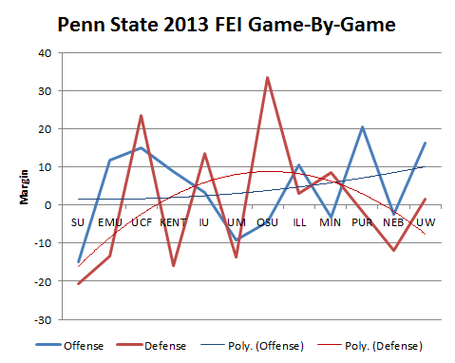 Penn State's lack of depths is apparent in this graph. You'd expect that a lack of depth would make a unit less predictable, depending on health. And that appears to be the case here, although UCF, Indiana, and OSU were no slouches offensively. Also, Penn State's offense improved over the course of the year, which is a good sign for Christian Hackenberg & company in 2014.

Bonus: MSU Trendline (The Greatest Enemy of All) 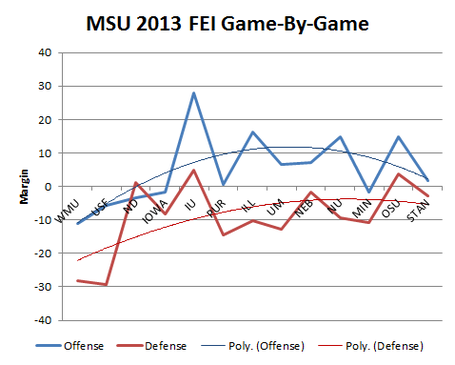 A thing of beauty, isn't it?