After looking at how much of an improvement Denzel Valentine had from his sophomore year to his junior year, I wondered if there was a way to look at how much returning B1G players improved. So I tried.

I took the B1G players on KenPom player stats page (minimum 40% minutes to qualify) and I looked at the average change in ORtg and Usage% along with the Standard deviation to try and see how much they improved and how much of an improvement it was relative to everyone else by adding the two z-scores together. I originally started with just adding the differences in ORtg and Usage% but players' offensive rating fluctuated much more than their usage so it didn't make sense to value them 100% evenly. Is this the best method? Almost definitely not. 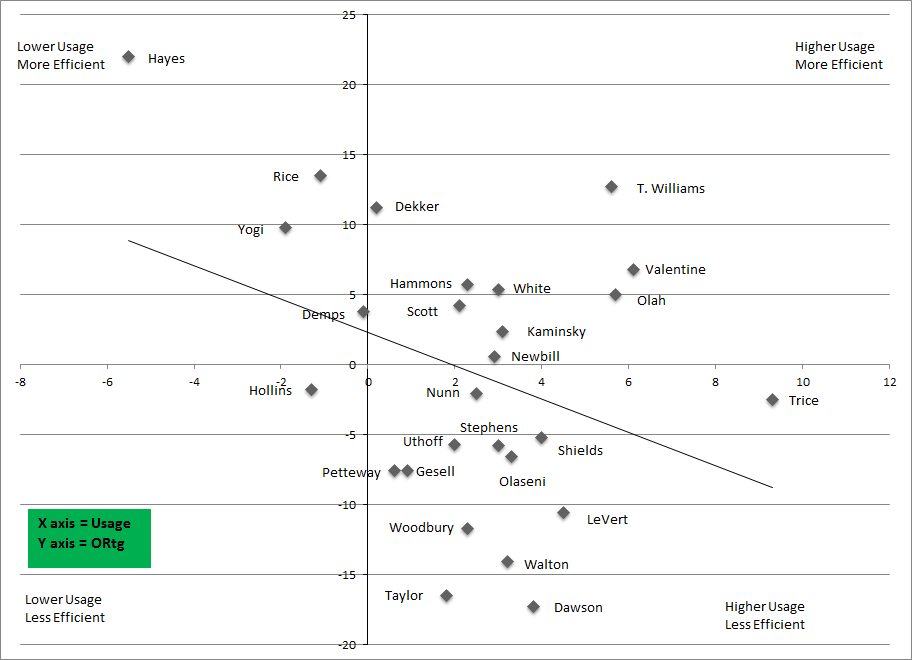 Easy way to put it, upper right is good, lower left is bad. Being above the line means they did well in their new role relative to other players and their new role. Nigel Hayes in the top left increased his ORtg by a ton but also decreased his usage% by more than 5% (26.7-21.2). Dawson struggled in his new role while Valentine and Trice did very well.

So without further ado here are your MIP of the last 11 seasons. 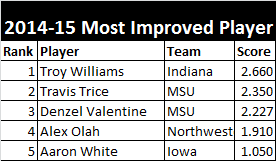 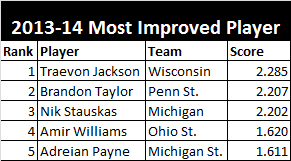 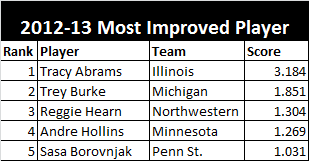 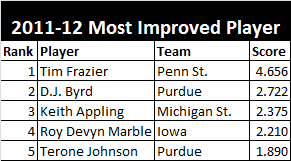 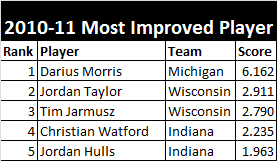 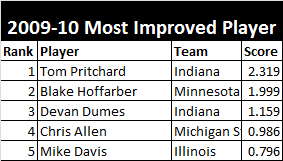 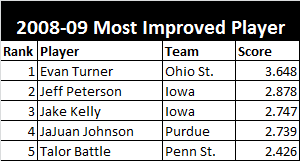 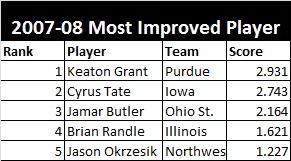 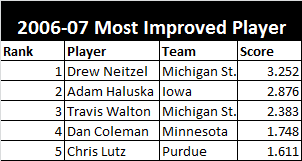 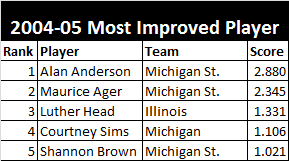